Our llama was in need of some “maintenance”.  All of our animals require periodic grooming, like the goats and horses hooves are trimmed and they need to be de-wormed. Sometimes there is a snaggly goat horn to trim, even the chickens flight feathers are trimmed occasionally.
In our llamas case it was his teeth that needed trimming and his fur needed to be sheared. The shearing we took upon ourselves, and used scissors to do it. It was a slow process. We put him in a squeeze in his pen and the kids fed him hay while we trimmed away. Cameron on one side and me on the other. We took about a 6 inch layer of fur off him. It is pretty botched and uneven, but I bet he is feeling much cooler!  We need better shears for next time.
The tooth cutting we had our friend Katie do. She has alpacas and is used to maintaining camelids. She is awesome, and so good with animals! I often discuss animals with her and get advice. Anyway, she brought over some cutting wire with handles,  it’s like a saw. It took four adults to do it; Cameron and Katie’s husband Todd were holding the squeeze and the head rope harness, I was holding the llamas lips open and squirting water on the teeth, and Katie was trimming the excess off the teeth. She just pulled the wire back and forth and it made a notch, then sawed at the notch till it popped off! She took off about 1/2 inch off his front teeth, then trimmed his “fighting teeth” which are on the sides near the back. I never even knew about those teeth!
Anyway, it went pretty quickly, and he also got immunizations at that time.
So Pilgrim is looking and feeling pretty good. He’s all set till next year! 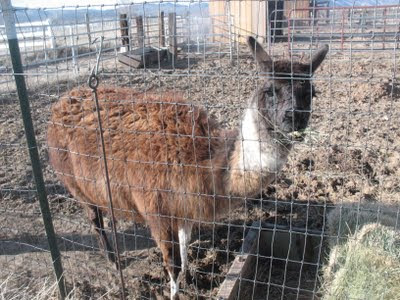 Before the tooth and hair cuts 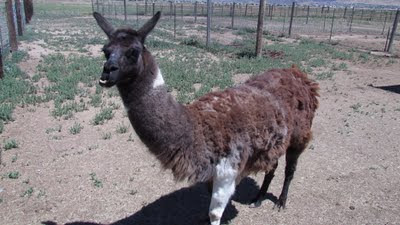 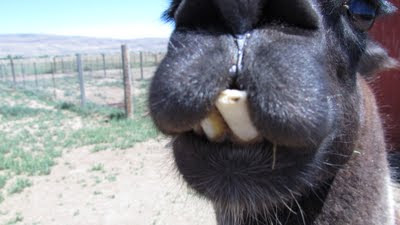 Still long teeth, but much better than before! 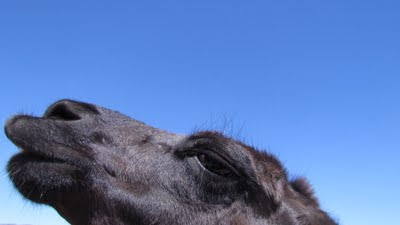 Pucker up for a llama kiss!

PS Our dog Saydie got a haircut too – check her out! 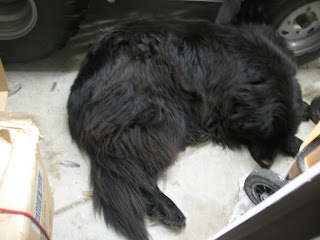 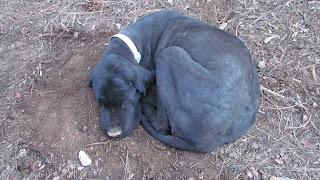 After – she is much cooler in the heat too!