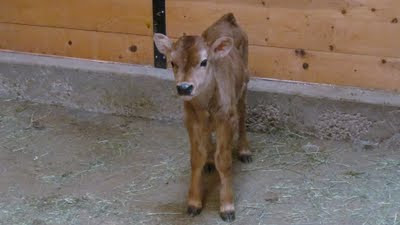 We got a male jersey calf from a dairy in Fallon! His name is Luke, and he is so stinkin’ cute! We actually got two calves at the dairy. They sell them really cheap because they aren’t wanted like the females. The only thing is that they take them right off their moms, so they are weak and sometimes sick. It is a total chance whether they will live or not. So we do the best we can and give them a comfortable home in the barn and bottle feed them, hoping they will make it.
One of the calves named Rex made it almost 2 weeks. Unfortunately, he took a turn for the worse and died. We were so sad, but we realize that sometimes death is part of what we have to deal with living on a farm. We are so thankful to still  have Luke, and hope he continues to thrive. Here is our oldest son feeding Luke. 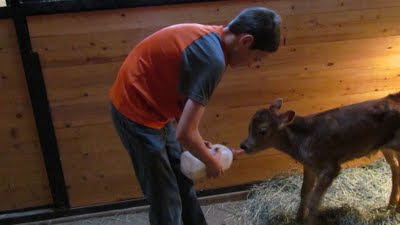 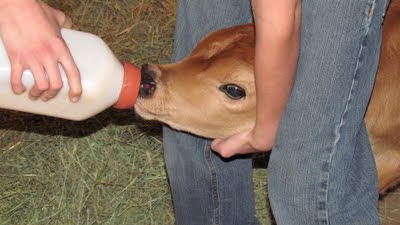 When we first got him, we had to help him a lot with the bottle. We would put him in a “head lock” until he would latch on, then he would get the hang of it and suck on it. Now he guzzles a whole bottle really fast!